Our mission is to use our knowledge and vocation to support you and your family to have the best start possible to life with your new baby.

Tess and Leonie, aka Your Neighbourhood Midwives, met whilst training at Kings College University. Along with some other midwives, they formed a close bond forged through the years of a tough degree, helping each other to juggle raising their respective families whilst learning the world of medical lingo, research, information, night shifts, day shifts, and of course, essays and dissertations.

Once qualified they secured jobs in different NHS Trusts in South London, and both worked in all areas of maternity care. Whilst they both loved working in their communities and being part of the NHS, they each felt a bit out of place – a disconnect, like ‘square pegs trying to fit into round holes’ – with the tight restrictions, they deeply felt the frustrations of not always being able to put women’s needs ahead of the institution’s needs.  Throughout it all they both remained close friends, meeting up regularly to debrief, discuss and drink tea!

Leonie’s long-term plan was to emigrate to New Zealand to work under the more woman/ midwife-friendly system there, where women are able to choose their midwife – similar to the independent system here, but fully funded. However, with two children in school, and family ties here in South London, the plan remains a bit more of a longer-term plan. Tess, having raised her four children in South London, has strong ties with her local community through 15 years of teaching private antenatal classes, and occasional work as a doula prior to her training to become a midwife.

Both Leonie and Tess were interested in moving toward a better way of working with women right from the start of their careers as midwives. Whilst at university they met Tina and Annie from Neighbourhood Midwives – a pioneering employee-owned private midwifery company, offering women continuity of care. They were delighted to be offered a unique opportunity to job share as part of a small team of independent midwifes within Neighbourhood Midwives.  They thrived in the environment of woman-centred care and team support.

Sadly, Neighbourhood Midwives was forced to close its doors in January 2019, but for Leonie and Tess the decision to carry on caring – in the way that research and evidence shows benefits women, their partners and their families – for the women who had booked with them, was an easy one. There was no way they would let down those women who had placed their trust in them. Despite not being paid they continued on with their ethos of ‘midwifery is a way of life, not just a job’, and this gradually led them into their new lives as Independent midwives in their own right.

Their wonderful journey, their gratitude to those who have supported and shaped them, their passion for caring for each woman and family at a personal and an individual level, and their close connection with the South London community are reflected in the name of their business (with kind thanks to Neighbourhood Midwives for letting us carry the name forward). Leonie and Tess take pride in their work and the quality of care they offer and aim to get to know each woman’s individual needs, wants and situation. They use up-to-date evidence-based information to provide bespoke and tailored care packages to suit each woman.

I came to midwifery late after I personally experienced the difference that kind, compassionate, encouraging and professional midwifery care made during my second pregnancy & birth. The midwifery seed was planted, but took a while to germinate, as I had to wait before I could start training for the job I feel I was ‘called’ to do. While waiting I immersed myself as much as possible in the world of birth – training to be an NCT teacher, and a Doula under the French obstetrician Michel Odent, until I could finally apply to train for the best job in the world.

I trained at Kings College London, where I met my midwife partner Leonie, and graduated with a first class degree. On completion I was an NHS midwife & worked in all areas of maternity, including high-risk pregnancies, medicalised births (including epidurals and caesareans) but most particularly, in antenatal & postnatal care & facilitating water births in a Gold standard midwife-led unit.

As a midwife my aims are: To support you to have the birth that is right for you and your baby; to ensure you have all the information you need to make the choices that are right for you in pregnancy, labour & postnatally, & to support your parenting choices post-birth so you start parenthood feeling empowered & confident. 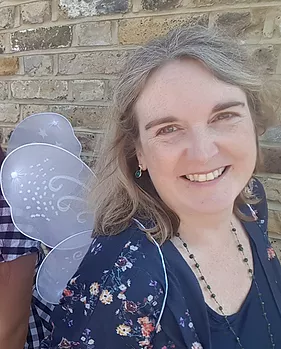 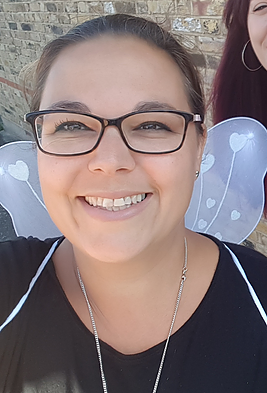 I’d like to spend a moment letting you know a bit about me and my journey into midwifery as these are some of the things people often want to know and ask when deciding if I am the right fit for them.

I have two children, one boy and one girl. My son made his entrance into the world on a hot July day following a 2 day induction of labour, an epidural, a syntocinon drip and finally a decision at 7cm that things weren’t going to plan and he was eventually born via an emergency Caesarean section. My daughter was born 3 years later, I went into spontaneous labour, my waters broke and she was born vaginally later that night using Entonox and Pethidine (despite me begging for an epidural and telling anyone who would listen I couldn’t do it – I was in transition, and thankfully the Midwife realised this and knew I could, and did, do it).

For both these experiences I received disjointed care, some of it was amazing and caring but a lot was dismissive, and excluded me from decisions about my own care, I decided women deserved better and I wanted to be there, helping to put women at the centre of their own pregnancy and birth, giving them access to the evidence available so they are able to make informed choices for themselves about their care and be supported through out.

I have worked in Maternity care for over many years in a variety of roles across a spectrum of different areas of midwifery. I have never loved my job more that I do now, building deep and caring relationships with all the women and families who entrust me to join them in their journeys.

I am confident with supporting birth at home, in a pool, if you want an epidural, are wanting to hypnobirth or if you are planning an Elective caesarean section; as long as you have all the information you need and are happy with your choices I will be there for you. I have an excellent record for supporting women who choose to breastfeed to be exclusively breastfeeding on discharge and can also advise and support with a variety of feeding methods and choices.

Tess and Leonie are sole practitioners who work together to support one another and their clients.